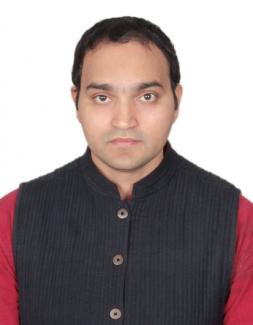 Rizwan Ahamd is an administrator, educationist and media professional with over 18 years of rich exposure to various media related functions, handling a comprehensive range of responsibilities in media and academics policy planning, programming, producing, writing, directing, trainings etc A postgraduate in Journalism and Mass Communication course with over 3000 television episodes of TV programs, short films, events, live shows, documentaries, educational programmes and on-air promotions to his credits, he has also produced and supervised over 600 Educational Audio-Visual Programmes, Documentaries and Educational events. He also holds a MSc degree in Zoology and has completed the prestigious Film Appreciation Course and Worldwide On-line course in FILM/TV editing from country’s premiere institutions like Film and Television Institute of India, Pune and CEC, UGC, New Delhi. With his current designation as Director, Instructional Media Centre, MANUU (A Central University under MHRD, Govt of India), Hyderabad, he leads a huge team of Television and Radio professionals. After his joining as Director IMC, MANUU, he has taken several path breaking initiatives in the field of Media and Education especially Digital Initiatives in Higher Education. He started his career with Delhi Doordarshan, The Hindustan Times and later joined Ramoji Film City, Hyderabad, the biggest film studio complex of the world in the year 2000. He qualified UPSC in the year 2011 and later joined Ministry of Information and Broadcasting, Government of India as Deputy Director at Directorate of Film Festivals (DFF), New Delhi and International Film Festival of India(IFFI Goa). He was also designated as Head of Office at DFF where he was actively involved in organizing National Film Awards, Dada Saheb Phalke Award and International Film Festival of India, Goa, Cultural Exchange Programmes in India and abroad as well as Participation in Film Festivals in India and abroad. He has been instrumental in implementing Govt of India’s prestigious Cultural Exchange Programmes in collaboration with Indian Embassies abroad and Foreign Embassies in India and has also delivered talks/workshops on various aspects of Cinema, Social Media, Television to Media Professionals and Academics during National and International Film Festivals, Universities, Institutes and has participated in various Media and Academic Events at National and International level. Rizwan has been a member of several high profile Academic, Technical and Media Committees of the Govt of India, Universities to implement the important Distance Education, technical and media projects. Spending over half a decade in Ministry of I & B, he worked in Govt of India under various capacities as administrator, programmer and was instrumental in developing and implementing several of Govt of India’s Policies on Film, Media and Cultural Exchange in collaboration with State Govts and foreign nations. Rizwan has travelled widely in India, Asia, Europe and possesses a vast network of professional contacts and enjoys a lot of good will within the Indian Film/TV Industry as well as Cinema Industries abroad. In the year 2011, he was instrumental in successfully launching the Digital cinema projection at International Film Festival of India, Goa and successfully curated several editions of International Film Festival of India (IFFI) in Goa. During his tenure at the Ministry of Information and Broadcasting he was instrumental in developing a partnership with Academy of Motion Picture Arts and Sciences (AMPAS), the Oscar Academy Hollywood and with International Council for Film and Television (ICFT UNESCO), Paris. He has been part of high level delegations of Hon’ble Minister to attend prestigious film festivals abroad and has organized and led delegations of eminent filmmakers of India to several nations